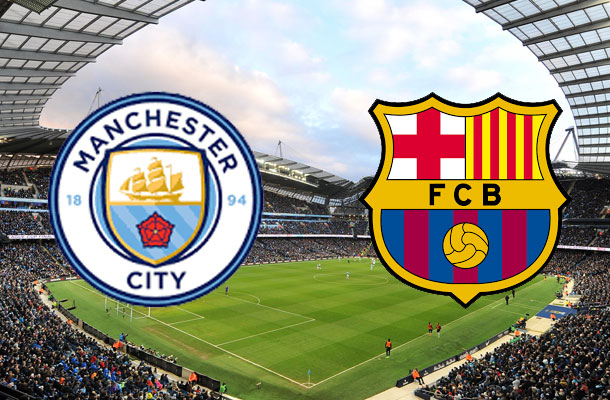 Manchester City host Barcelona at the Etihad Stadium on this  evening in the Champions League as the blue side of Manchester seek revenge for their 4-0 drubbing at the Camp Nou a few weeks ago.

Manchester City go into Tuesday’s game following a 4-0 win over West Brom at the weekend. That victory came on the back of a 6-game winless streak, including their 4-0 defeat to Barcelona a few weeks ago, on the 19th of October.

FC Barcelona, on the other hand, go into the game having won 4 of their last 5. Their only dropped points in that period came in a 1-0 defeat to local rivals Espanyol on the 25th of October.

Manchester City go into Tuesday’s game without Fabian Delph (Hip Flexor Strain) through injury while Bacary Sagna (Hamstring), and Pablo Zabaleta (Foot) are unlikely to be fit enough to feature. They will also remain without Yaya Toure, whose career at Manchester City appears to be over after he has been frozen out of the squad.

Manchester City and Barcelona have faced each other a total of 6 times. The only time City have beaten the Catalan club came in their first ever meeting in 2009 when they beat Barcelona 1-0 in a friendly. Since then, Barcelona have won all 5 of their other meetings, scoring 11 goals, and conceding just 2. 2 of those victories have come in Manchester.

Man City back 4 vs MSN

Could it have been anything else? The last encounter between the 2 sides highlighted just how important MSN, and a certain Lionel Messi, is to the Barcelona team. In a performance which was seen as underwhelming, Barcelona still ran out 4-0 winners thanks to a hat trick from Messi.

Not only was Messi and his attacking partners on their game at the Camp Nou, but the City defence was at their very worst. Lazy tackling, cheap mistakes, and poor positioning allowed Barcelona to pick the back four apart.

For that reason, the Manchester City defence will need to be at their very best and then some to be able to keep MSN back. Only then will City be able to build from the back and hope to get a result from the Spanish club.

The last encounter between the two sides was a very peculiar game in that, despite obliterating City on the scoreline, Barcelona were not anywhere near their enchanting best. Not even Messi, who netted a hattrick in the game as well as an assist for the other goal in the 4-0 win, was as mystifying as he can be,

That will have worried Guardiola aplenty as, even when they weren’t at their best, Barcelona were able to pick apart a pathetically poor rear guard.

Ultimately, and unfortunately for Man City fans, I expect this to be the same on Tuesday. While I expect City to mount a serious challenge now that they have Aguero to call on, I cannot see anything other than a Barcelona win, with MSN once again leading the charge against a fragile and unstable backline of Manchester City.